The date is Monday 24th October 2013. We have signed up and paid for two big Christmas markets, now the hard work really starts. We need to make sure that we have enough stock to sell at both events. We decided that at both events we would take the same stock, this would simplify production and we could move stock between the two events should one require anything. We decided on the following items to be on display

Rusks: 5 flavours (Buttermilk, Chocolate, Aniseed, Salted caramel and Cognac & Cinnamon) *just to let you know what a Rusk is, it’s not the kiddies biscuits you get in the UK, South African Rusks are very hard dunking biscuits, designed to be dunked in your tea or coffee. We also had 4 flavours of cheese truckles and a delicious Chilli sauce that we had developed. The chilli sauce has 11 different herbs, all blended together to give you a sauce that can be used on anything.

So, mom and I get cracking in the kitchen. The hard work is about to begin. To make 30 packets of rusks takes about 8 hours. This is the sequence.

Mix ingredients together, once well mixed, push mixture into baking trays, bake until ready (about 45minutes). Once baked, remove from oven and allow to cool for 1 hour. Once cool enough to remove from trays, precut into desired sizes, place onto drying racks, put back into the oven on a very low temperature and dry for 6 hours. So you can just imagine how much baking we needed to do as well as get the chilli sauce ready by the 9th November, when the Erddig market was starting and would run for the next four weekends ending on the 1st December 2013.

Our kitchen was alive with flavour and production. We allocated different parts of the kitchen for different tasks. We had a center table that became the main point to weigh ingredients, then it would go into “Bertha” our 110kg industrial mixer…. There is a story behind “Bertha” and I will quickly tell you about her.

One sunny Saturday, I was doing a market in the gorgeous village of Middlewich, I had my pitch all set up, my tables were packed with a variety of biscuits, Homous, Cheeses, Seed Loaf bread and crackers. The streets were alive, people were everywhere and sales were booming. Then, as is typical in Britain, which I quickly learned in the last 3 months, the weather changed on us. The heavens opened and within minutes the streets were empty. Everyone had ducked into somewhere for shelter from the rain. I needed to rearrange my table to stop our products from getting drenched. After successfully saving my stock, I now stood under my little corner of the shared gazebo shivering away. I didn’t have anything hot to drink, and right in front of my pitch was a little coffee shop/ Sandwich bar called “Drinks & Bites at 35” which I decided to pop into to get myself some hot tea. The lady who served me was the owner of the shop called Holly, and after a brief conversation she picked up that I was not local, and she was intrigued that I came from South Africa. So we spoke about why I was in the UK, and how long I had been here, and why I was at the markets selling biscuits. She came outside to my store (by now the sun was shining again, as it does in the UK) and she was admiring the different flavours of our biscuits. I went through the usual sales pitch, of how to enjoy them with your hot drink, and how to dunk them etc etc…. She loved the biscuits, and loved the packaging. I then gave her one of each flavour, and told her to enjoy them later with a nice brew.

During the rest of the day Holly and I spoke more and more, and during one conversation, she asked how we make the rusks. I explained the process, and told her that one of the bottle necks in the baking was the mixing of the dough. We only had a small Kenwood mixer, which could only mix 3 kilos at a time, and it was slow. Holly told me that when they purchased the business not too long ago part of the purchase included a large commercial mixer that they were not using. I went into the shop, went down a steep flight of stairs, and there in the corner of the room, stood the most amazing looking mixer I had ever seen. She was beautiful, powerful and just waiting for us to use her. I was so excited, I knew I wanted that mixer, it would change our production times drastically, however, “Bertha” was expensive. I asked Holly if she would keep “Bertha” safe for a few weeks so that I could work out my finances and make arrangements to pay for it and collect it.

My dad and I drove to Middlewich to go and collect “Bertha” and bring her to her new home. Well, “Bertha” put up quite a fight. She weighs in at 110kg, solid as anything and extremely awkward to carry. However, after a few heaves and grunts, we managed to get her into the back of the car, and “Bertha” had a new home. PS: If you are ever in Middlewhich, pop into Drinks & Bites at 35 and say hello to Holly. She is amazing.

So back in the kitchen in Rossett, Bertha was in full swing mixing and turning out rusks faster than we could bake them. Our stock levels very quickly grew and before we knew it , we had a couple of hundred packets of dunking biscuits, packed, labelled and ready to be sold. When we stood back and looked at all the packed packets, we thought that we should give the packets something different, something that would give the customer a reason to smile when they bought our product, something that would let them remember our product long after it was finished. So mom, dad and I sat around the table, thinking of some clever marketing ideas, and then, presto, we found the perfect thing. We decided that on each packet, we would tie a small card onto the neck of the packet with an inspirational quote, a funny quote, a note that would make you stop and think, something that would make your day just a little bit better. So off we went and started making hundreds of different notes and printing them on small cards that were then tied to the neck of each packet of biscuits.

3 days before the Erddig market was due to start, our stocks were all ready, everything was packed and ready to go. All we needed to do now was go to Erddig and decorate our stand. So, on Thursday the 7th November 2013 we went to Erddig loaded with lights and table clothes and pictures and decorations to make our stand beautiful. Our stand was a wooden chalet which was warm and cosy. We decorated it with lots of bright lights, and with all our stock in place the pitch looked perfect.

All I had to do now was be at Erddig on the 9th November and start selling our products. So, off I went, float in the one hand, Ipad in the other (for music) and the 2013 Erddig Christmas Market had begun.

The Market was alive, there were people all over the place, the weather was chilly, but with all the Christmas spirit in the air, the atmosphere was warm and inviting. I possibly felt warmer than most, because right next to my stand was a lovely man selling Hot Cider. I’m not sure how it turned out that every 30 minutes or so he would pop over to my stand and hand me a hot cup of cider, it was delicious, and very warming. I got to meet hundreds of people over the next 4 weeks. People were intrigued about our products, they were intrigued by our decorations and they were intrigued about my accent. If I had a way of selling my voice during the Erddig Christmas Market, I would have been a very rich man.

The market was going better than expected, and so was the Chester Winter Wonderland, so a few weeks in and we were running low on certain stock items, the salted caramel in particular took an knock, so we needed to manufacture some more packets to sell. The process of making the salted caramel biscuits is a bit more tricky than the other biscuits. The caramel is made by melting sugar with salt till it turns to caramel, then pouring it onto a tray to cool and harden. Once it has hardened, it is then blended and mixed into the dough mixture, then goes into the oven to bake.

We needed to make a 100 packets of salted caramel rusks, so we were again in the kitchen, working at full steam. Mom was making the caramel mixture, and pouring them into trays to cool, and I was doing the blending of the caramel and making the dough. Production was going great, when disaster struck. Mom, was pouring the caramel into trays to cool, and as she was melting more sugar she was moving the trays along the counter. Unfortunately, we were running out of space, and when mom melted the last sugar and salt portion, she poured it into a tray to cool and put the tray in the front of the queue. I came  to take the next tray, and gently put the back of my hand onto the  toffee and see if it was cool enough to blend, and low and behold, I put my hand into the hot tray. My fingers were covered in melted sugar, burning. I immediately wiped the sugar off, but the damage had been done, it had taken the skin off three of my fingers. I put my hand under cold running water, but the burning sensation excruciating. I couldn’t do anything other than stand with my hand under the water. But now we were running behind on production. The next few hours were gruelling as I tried to work with my injured hand. Slowly slowly we managed to get our stock ready for the next weekend at Erddig

I was now at the Erddig market, with an injured hand, all wrapped in plasters and bandages, trying to talk to people without them seeing my injury, when all of a sudden, on the 24th November, a gorgeous lady approached with her young daughter approached the stand and asks about our products. I start going through the usual selling jargon, she tries some samples, asks a few questions and then says to her daughter, should we be buy a few packets, i’m sure your dad would like them. And at that moment I thought, bugger, here is a beautiful woman, making small talk with me, and she is married… there goes my chance to get to know her better.

She turned to walk away, then she heard a song from Rodriguez playing on my Ipad, she stopped, turned to me and asked, do you know Rodriguez, I said to this stunning person standing in front of me, I grew up with Rodriguez, I love his music, and with that she turned and walked away. I felt a little sad that after being in the UK for over 3 months, the one person I had met, and made my heart skip a beat, was walking away, with her daughter and to her husband….. Helen was gone forever, or was she….? 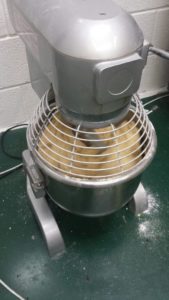 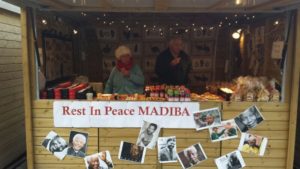 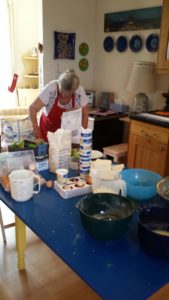